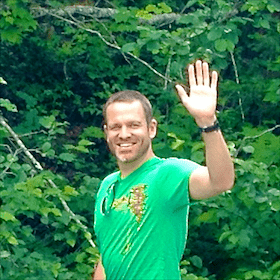 Building Apps with Swift since 2015

My name is Jeffrey Fulton and I'm a software developer specializing in the Swift programming language.

While I primarily build native iOS apps, I also build server-side swift applications like the one you're looking at right now! That's right, this site uses the Vapor web framework written entirely in Swift.

Some of these apps were written and deployed to the App Store exclusively by me including Bilirubin, OB Wheel, and OB Tracker.

Others have been existing apps for companies like SkipTheDishes, ID Fusion, and 1Life where I worked with a team adding features and fixing bugs.

And still others have been super secret internal prototypes for companies like crea.vision. Of course I'm legally prohibited from discussing the details so you'll have to take my word for it. 😉

Five days of intensive workshops covering numerous advanced iOS topics such as Image Processing, Face Detection, OAuth 2, Multi-Threading, and too many more to list. I can't recommend this bootcamp enough.

As a past organizer of Learn Swift Winnipeg I frequently presented on various Swift and iOS related technologies including MapKit, CoreLocation, Custom UI Transitions, Unit Testing, Application Architecture, and most recently Machine Learning!

My GitHub account is full of public repos I hope others will find useful or interesting. I also push all code presented at Learn Swift Winnipeg to our GitHub organization.

I've recently gained a decent amount of reputation points on StackOverflow It's mostly the result of a single answer but I feel pretty good about it anyhow!

I was honored to be interviewed on the SwiftCoders podcast. Listen to the episode here to learn more about me as a person and as a developer.